After the successful 1984-85 pilot season of Miami Vice, the show was picked up by NBC as the #1 show on television. ​​On September 27th 1985, the second season premiered with one notable change. The season one boat was permanently replaced by a special "Miami Vice" inspired painted version of the World Championship winning Larry Smith 38 Scarab known as KAAMA piloted by Betty Cook.

Production began in the spring of 1985 at the Wellcraft factory in Sarasota Florida.

This new 1986 model was called the 38 Scarab KV. The "K" paying homage to the KAAMA race boat,

and the "V" for VICE. 2 boats were used in the filming of season 2 both fitted with a radar arch, race hatch engine covers, Mercury Cyclone 454/400 engines, 4 stick race controls separating transmission

and throttle, and narrow race seats. ​Where the 2 boats differ is the color fade on top of the race hatches, exhaust and the manner in which the engine hatches open.

exhaust with switchable noise suppression shown in the first picture upper left of this page.

with a full wet exhaust shown in the last picture lower right of this page.

Only 42 Miami Vice boats were built, 9 were provided to Universal Studios over the next four seasons for filming and loaners to Don Johnson, 33 special edition boats were sold to the public. Today a group of three enthusiastic Vice Edition boat owners: Wayne Kolb, Randy Ott and Tony Ierardi monitor and track these collectable boats. ​From 2015-2016 we celebrate the 30th Anniversary of the 38 Scarab KV, roughly half (21) of the boats survive, about half of those are in need of restoration

leaving about 10 sea worthy boats known at this time.

and is to the best of our knowledge accurate. 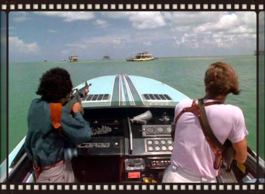 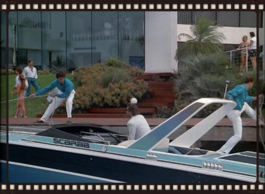 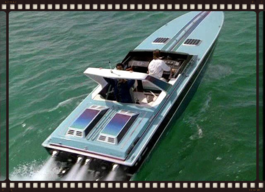 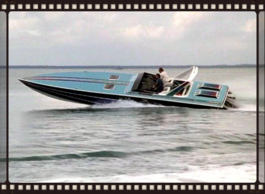 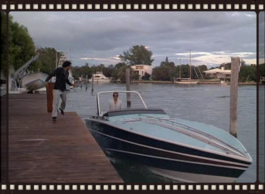 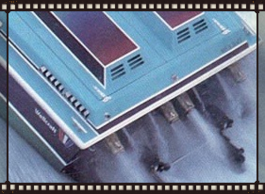